Now, this could easily be one of those weird "things that only happen to me" scenarios...

But, I am hoping it is more like my Sunburn Fire Ant Hell Itch misery that I first thought I suffered alone with - how very wrong I was! Thanks to all the symptom-googlers out there who found my post & gave me such comfort in knowing I wasn't alone/insane.

So... I get this weird itch, or discomfort on the TOP of my feet - nothing between the toes or underneath, but only in winter - and only when my feet are warm??

Applying aloe or moisturiser helps instantly but nothing seems to last. My winter is a constant battle between frozen feet or itchy foot tops. Is there a proper name for this part of the foot?

There is no apparent rash or any visible abnormality - the skin looks & feels perfectly healthy & this weird symptom only occurs in the colder seasons.

Unlike Sunburn Fire Ant Hell Itch - applying heat in this instance is certainly not the cure but the only identifiable culprit & cause of my foot top itch distress! WHAT AND WHY must I suffer in such contradictory ways?!

I am not 'applying' heat or warmth to these areas, it is mainly that they warm up overnight in bed. I don't use an electric blanket or hot water bottles or anything like that. The itch is certainly nothing like ants under the skin - more like a mild mosquito bite itch - just all over the top of my feet, sometimes towards the ankle or sides of my feet too, but generally concentrated to the top area.

I refuse to spend the rest of my life waking up at 1:30am to put aloe & moisturiser on my damn feet tops - or whatever they're actually called. Similarly, I hate cold feet & don't want to subject my toes to a blanket-less winter - especially when temperatures out here are 1 degree celsius on the first day of winter.

I NEED to know what the hell this is & how it can be controlled, but ideally stopped. As far as I know I am the only person who has ever experienced this - I am hoping someone out there can prove me wrong & offer some advice.

Yours in weird body-ness,
Kat x 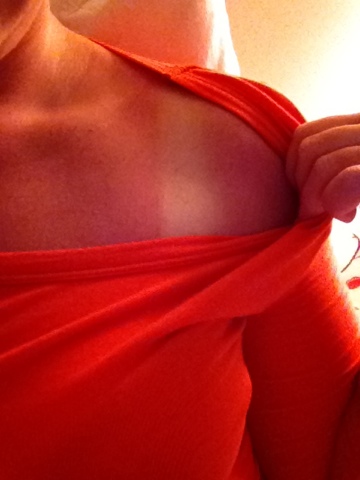 So, you stupidly forgot the sunscreen. Again. And now you're burnt, excellent.

As if getting about painfully looking like a crustacean wasn't bad enough, if you're like me, you also live in fear of SUNBURN FIRE ANT HELL ITCH.

This itch is unlike ANYTHING ELSE. It makes me want to rip my skin off using rusty razors, to put it lightly. At first I thought I was going crazy, I've been burnt before and never experienced anything like it til I was in my 20's. No one I know has experienced it.

But thanks to the wonders of the online world, and the human race's desire to share personal information, I quickly discovered I wasn't alone, that others had or were experiencing the sheer torture of a deep, intense and all consuming itch which cannot be satisfied after being sunburnt.

For those out there who have never experienced this sensation, count your blessings. It is truly a horrific itch. Cooling the burn, moisturing it and all general sunburn remedies just seem to aggravate it even more. It's a deep itch, which hits in intense bursts and it literally feels like you have fire ants crawling under your skin & itching only seems to piss them off further. It sends the sufferer into a demonic state of helplessness as they struggle to cope with the itch which prevails through all numbing, cooling and moisturizing remedies.

I remember one instance in particular which was so bad I almost called an ambulance. This is how bad it can be. I was home alone and going out of mind, crying & rolling around on my bed screaming for relief. Constantly rubbing ice on the burn, applying aloe vera non stop, numbing agents, stone cold showers, anything to stop the burn. I started slapping the burn, because the painful sting was better than the itch. After 2 or so hours of this frantic and crazy behavior I started thinking, "this is NOT normal, something is seriously wrong. I've either lost my mind or I am having a severe allergic reaction to something". I called my partner and he said to hold out for another hour, if it was still as bad as it was now, that he would leave work and take me to the hospital. Dramatic I know, but I was inconsolable and NOTHING was working. I felt like the only relief would be to knock myself out.

With that in mind, I started contemplating taking strong pain killers and drinking myself to sleep with tequila. I'd been googling all night trying to find a cure and was at my wits end. If there was a cure that required you to rip off your toenails with a a rusty chisel and then eat them, I would have done it in a heart beat. I was about to give up and call my partner back when I found a strange suggestion THAT WORKED.

I know it sounds weird, but a BOILING HOT SHOWER was the only thing that worked! At first I was terrified it would make it worse, especially since I'd spent hours trying to take the heat out of my skin which so many sunburn treatments are designed to do. But I was past desperate. HELLO? I was contemplating drugging myself and going to hospital.

I very gently patted myself dry with a towel, doing everything I could to avoid further aggravation. THE ITCH HAD GONE. I quickly took 2 strong pain killers and went to bed straight away, hoping I'd fall asleep before the itch had a chance to return.

I woke the next morning with a worrying tingle that singled fire ant hell itch was returning. I ran to the bathroom and had another hot shower. Again, it worked, for hours. I had hot showers every 4 or so hours for about a day & by then, I'd begun to peel & the itch returned to 'normal' sunburn itch.

This bazaar remedy is the only thing that helped. Years later I stupidly got burnt again quite badly. Boiling hot shower again. Fire ant hell itch stopped in its tracks again.

Since this torturous night, I've been burnt maybe twice since over the last 3 years. So stupid! But I'm currently 2 days out from the latest bout of sunburn and the itch is currently at bay, thanks to boiling hot shower this morning. But it's definitely there, when I scratch it aggravates it and I run into the shower faster than Speedy Gonzalez. But ANOTHER STRANGE REMEDY I discovered today is to blast the itchy skin with the hair dryer.

APPLYING HEAT IS THE KEY.

I hope this helps someone who finds themselves in the state I was in years ago. A boiling hot shower, as hot as you can stand for as long as you can stand. Gentle pat dry & if you can't keep running to the shower, apply heat some other way, hair dryer, mug full of fresh tea against your clothes over itchy skin, however you do it, I find heat is the key to relieving the dreaded fire ant hell itch brought on by sunburn.

UPDATE: 4 June 2015 - THE PLOT THICKENS! - Heat is the cure here, but now in the colder seasons - it is the CULPRIT to another weird itch! Reckon you can help me figure out what the heck it is or experienced something similar? Check out Hot Itchy Feet Tops - huh?